Elon Musk founded SpaceX under the belief that "a future where humanity is out exploring the stars is fundamentally more exciting than one where we are not." The company was founded in 2002, with the ultimate goal of enabling human life on Mars. Musk envisions a future where humans live in a spacefaring civilization, frequent voyages from Earth to Mars and vice-versa.

"Conciousness is a very rare and precious thing, we should take whatever steps we can to preserve the light of consciousness. [...] We should do our very best to become a multiplanet species, extend consciousness beyond Earth and we should do it now."

To get there, SpaceX has worked hard through ups and downs developing the technology needed to eventually get us there. Here's a rundown of some of SpaceX's greatest achievements! In September 2008, the first privately funded liquid-propellant rocket to reach orbit was a Falcon 1 rocket. This launch paved the way to the development of their current Falcon 9 rocket. By December 2008, NASA awarded SpaceX a $1.6 billion contract for Commercial Resupply Services (CRS) to the International Space Station (ISS). Then, Falcon 9 Flight 5 made history in July 2009, it became the very first privately developed liquid fuel rocket to deliver a commercial satellite to Earth's orbit. In June 2010, They became the first private company to successfully launch a new version of their rocket the Falcon 9 into orbit, and successfully recovered the spacecraft. This was a huge milestone for the company because it proved their rocket technology and engineering talent can be trustworthy to launch cargo and satellites into orbit. 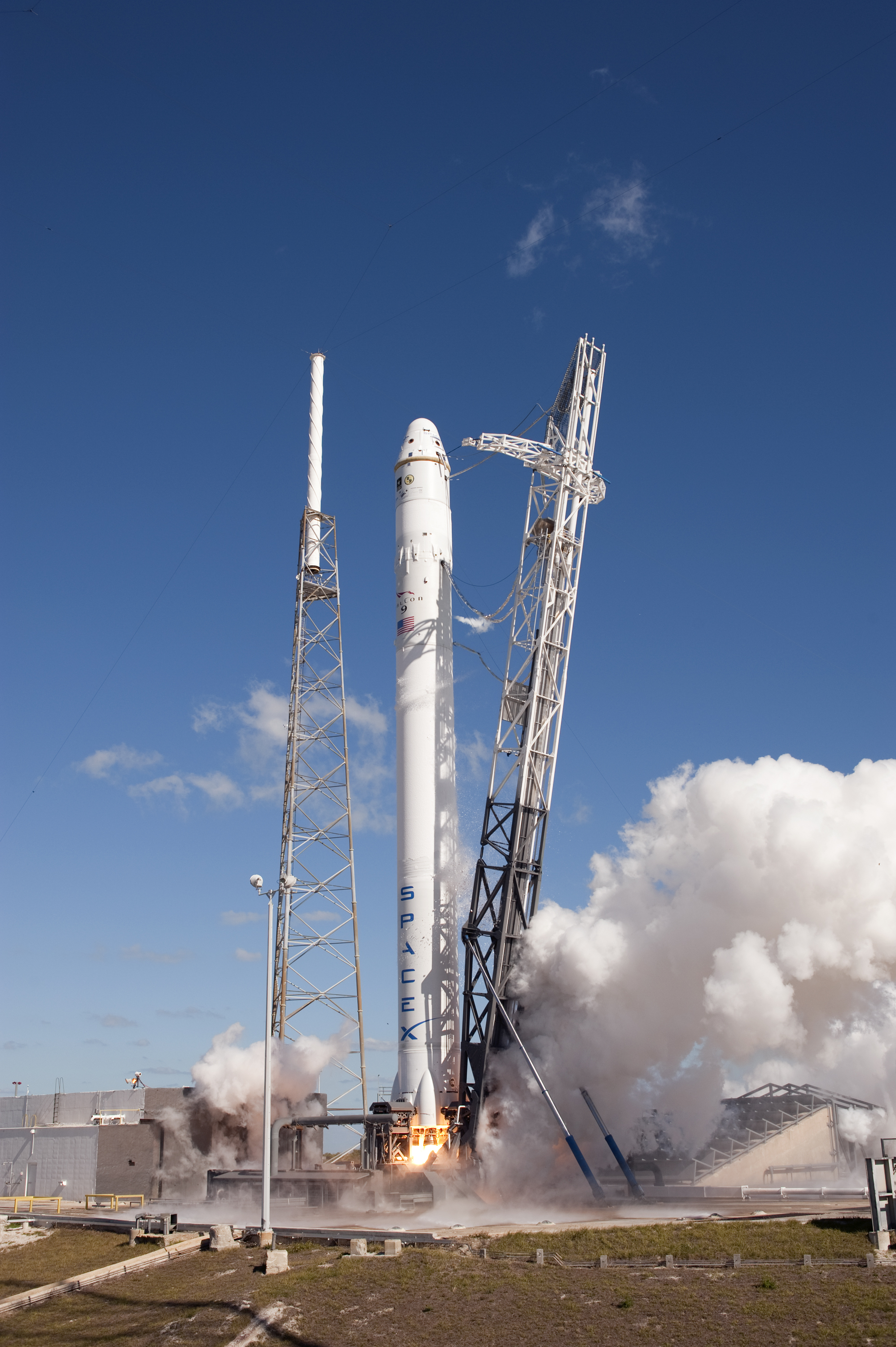 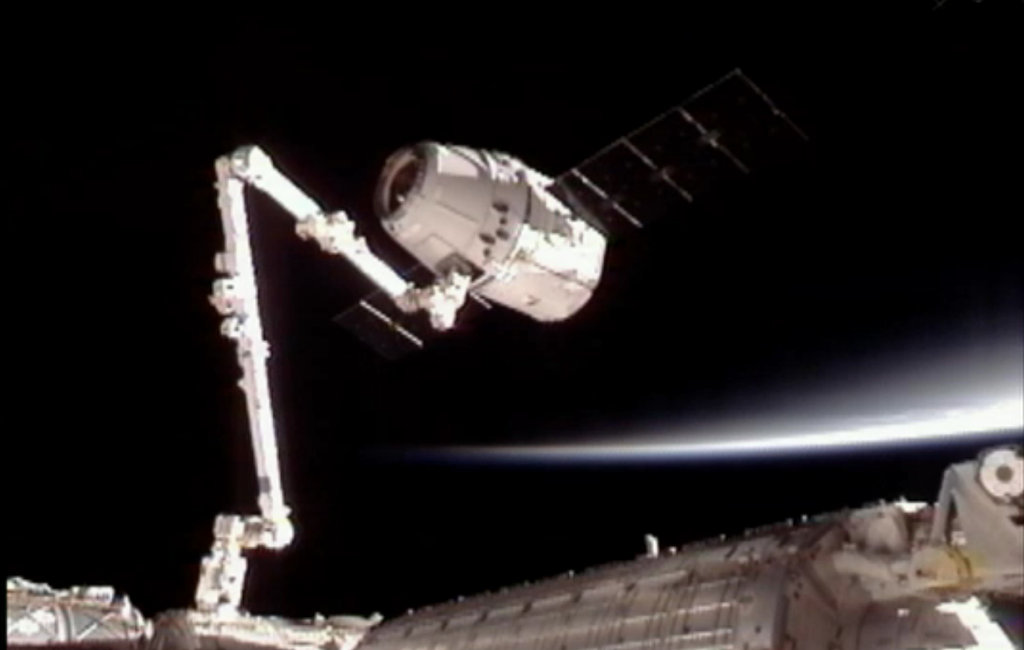 It also became the first private company to send a Dragon to the International Space Station in May 2012. That step was crucial because the technology proved it could safely dock to the orbiting station.

In December 2013, a Falcon 9 rocket was successfully launched to Geosynchronous Transfer Orbit (GTO) for the first time. On December 21, 2015, the Falcon 9 rocket delivered 11 communications satellites to orbit. During this launch, SpaceX attempted a
propulsive landing for a Falcon 9, the first stage successfully returned from space and landed at Landing Zone 1. This is the first time in history an orbital class rocket landed on the pad.

11 satellites deployed to target orbit and Falcon has landed back at Cape Canaveral. Headed to LZ-1. Welcome back, baby!

Then by the next year in April 2016, the Falcon 9 rocket launched the Dragon spacecraft to the International Space Station, and the rocket booster returned to land vertically on the "Of Course I Still Love You" droneship. This event, was very exciting for the company because their goal is to achieve rocket reusability. Today in 2019, we see SpaceX rockets flawlessly return from space, landing both on land and at sea -this truly became the company's signature feat!

The first reuse of an orbital rocket happened on March 2017. SpaceX achieved the world's first second reflight of an orbital class Falcon 9 rocket after the delivery of cargo to space. Musk said that day:

"It means you can fly and refly an orbital class booster, which is the most expensive part of the rocket. This is going to be, ultimately, a huge revolution in spaceflight."

"It’s been 15 years to get to this point, it’s taken us a long time. A lot of difficult steps along the way, but I’m just incredibly proud of the SpaceX for being able to achieve this incredible milestone in the history of space." He added. That same year, a Dragon resupply mission had the first reflight of the spacecraft to and from the ISS.

Since then, Falcon 9 first-stage boosters have been landed and recovered 45 times out of 53 attempts, including synchronized recoveries of the side-boosters during three Falcon heavy rocket missions. In February 2018, SpaceX inspired millions across the planet by successfully launching a Tesla Roadster with Starman aboard on the debut flight of the world’s most powerful operational rocket, Falcon Heavy. It was the first time the company landed two rocket boosters simultaneously as the world marvelled in awe.

The space industry hadn't had this level of public attention and excitement since the moon missions, It was an inspiring launch.

In March 2019, SpaceX conducted the maiden launch of its new iteration of the Dragon spacecraft, known as Crew Dragon, which will be used to transport NASA astronauts to the ISS and return them safely to Earth. The craft docked with the ISS, becoming the first American spacecraft to autonomously dock with the orbiting laboratory. The first manned Crew Dragon mission is set the year 2020.

So far, SpaceX has flown 19 Dragon spacecraft CRS resupply missions to the International Space Station (ISS) under a partnership contract with NASA. Every single docking with the ISS proved it could successful transport humans one day. SpaceX will ultimately replace all their rockets and spacecraft with Starship. Engineers are utilizing all their previous technological achievements and knowledge to develop this next-generation craft with the promise to take humans to the Moon, Mars and beyond! The first prototypes of the new craft are currently under construction in Texas and Florida. We will see a series of test flights within the next year.